FOR SALE For sale: business operations and production facility of Perhon Puutarha Ky which specializes in summer flowers

The business was established in 1982, which means it has been selling summer flowers for 40 years already. The business focuses on growing and selling ornamental plants. An additional product is vegetable saplings. It has been possible to buy a tending service for graves through the garden. The garden sells its products directly to consumers.
The garden is a seasonal business: saplings, pots and peat is ordered in the fall in October or November, and the actual growing begins in the first week of March. The selling season traditionally begins in the week before Mother’s Day and it is practically over by Midsummer or the end of June.
The greenhouses are 500 m2 (arched greenhouse) and 689 m2 (greenhouse with plexiglass). The garden is located on a farm privately owned by the owners. The area of the farm is 0,5662 hectares according to the extract of land registry. If necessary, this farm can also be sold if the buyer is interested. The asking price does not include the lot.
The owners have received positive feedback on their high-quality saplings, competitive prices and their good customer service. The general appearance of the garden has also been complimented.
In case you’re interested in part-time entrepreneurship or a subsidiary trade in flowers, don’t hesitate to contact us!

The asking price is based on the value of the plants, greenhouses, machines and equipment.

More information about the target

The business rents business premises at a central location on a city’s shopping street. It offers a versatile product selection by well-known suppliers.
The business is known as an interesting and competitive interior design store in the area.
Read more

Tools for professionals in different industries!

asking price 209 000 EUR
A versatile business virtually at the value of the current stock!

A professional trader of tools which has served customers in the construction industry and the industry for over 36 years!
High-quality and cost-efficient solutions and a flexible customer-oriented service have guaranteed continuity. The basic result is guaranteed by contracts to fill the stocks of a few customers and the rent and provision of AGA gas sales.
Read more

A traditional bicycle store with a complete service

The business has run a bicycle store in the Turku are for a long time and its product selection includes sales of both new and used bicycles, bicycle maintenance and versatile supply sales. To support its operation the business also has its own online store.
The business is trusted by its customers and it has been able to maintain its competitiveness on the changing and growing market as well.
Its product selection includes known brands in the industry, which the business utilizes to serve its customers’ needs in a versatile manner.
Its personnel is skilled and loyal.
The business’ premises are well equipped for the current operation and make a profitable operation possible in the future as well.
Read more

A printing house which is appreciated on the market

The business offers its customers unique, high-quality and environmentally friendly turnkey printing services from planning to printing at a reasonable cost.
Investing in technology and especially the know-how of the personnel has made the business competitive and successful on the market. Challenges in printing technology have only motivated the business.
The current know-how and technology in the business enable a versatile and extensive product selection, often with several alternate methods.
Read more 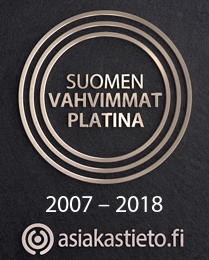 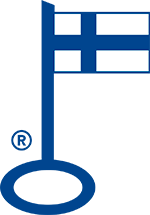 I wish to be contacted

I wish to be contacted

Select location and leave your number or email address, and we'll contact you!